Please select your location and preferred language where available.

SAN JOSE, CA, December 15, 2021 – KIOXIA America, Inc. today announced that its CM6 and CD6 Series of PCIe® 4.0 NVMe® SSDs have earned VMware® vSAN™ 7.0 certification, enabling them to be shared across connected hosts in a VMware vSphere® cluster. Users can pool KIOXIA SSDs together in a single, distributed, shared data-store and define the storage capabilities required (such as performance, capacity and availability) for each connected virtual machine within the VMware vSAN cluster. These capabilities not only further hyper-converged infrastructure (HCI) options in virtual environments, but also ensure that storage policies are administered and maintained within the CM6 and CD6 Series with vSAN compatibility.

This certification allows VMware vSAN support for both hybrid and all-flash configurations using a two-tier storage architecture, capacity tier and cache. All write operations are sent to the cache tier and are subsequently de-staged to the capacity tier over time. When a CM6 or CD6 Series SSD is deployed within a hybrid configuration, its cache tier is used as both a read and write cache, staging hot data to improve system performance. In an all-flash configuration, 100 percent of the cache tier is used for the write buffer. Given the benefits of tiered storage, CM6 and CD6 SSDs are capable of meeting the demanding requirements of both enterprise and data center customers.

“We are pleased to collaborate closely with KIOXIA and certify their datacenter and enterprise SSDs that address performance demands and latency sensitivities,” said Lee Caswell, vice president of product and technical marketing for VMware. “Flash performance is critical to our customers, and this certification demonstrates that they can rely on KIOXIA for proven compatibility and interoperability with VMware vSAN 7.0.”

The KIOXIA lineup of PCIe Gen4 (16GT/s x4) NVMe SSDs brings planned performance improvements of up to 2x over its PCIe 3.0 (8GT/s x4) predecessors and is 12x faster than 6Gb/s SATA drives1. KIOXIA was one of the first companies to demonstrate2 and ship3 enterprise and data center class PCIe 4.0 NVMe SSDs. KIOXIA CM6 enterprise and CD6 data center SSDs are SFF-TA-1001 conformant (also referred to as U.3) SSDs to support universal drive bay systems that can accept NVMe, SAS and SATA SSDs.

“Earning VMware vSAN certification for our lineup of PCIe 4.0 NVMe SSDs provides customers with the confidence they need when deploying a vSAN solution,” noted Neville Ichhaporia, vice president, SSD marketing and product management, KIOXIA America, Inc.  “KIOXIA offers the broadest lineup of SSDs for the modern data center, and by collaborating closely with innovators, such as VMware, we can ensure that our technologies and products deliver significant and immediate value to server virtualization at the data center scale.”

KIOXIA has developed and collaborates with a broad ecosystem of companies to ensure interoperability and compatibility with KIOXIA SSDs, and welcomes companies to join its Ecosystem Members website.

2: Source: KIOXIA Corporation, as of August 6, 2019. Based on a KIOXIA market survey of publicly available information

3: Source: KIOXIA Corporation, as of February 20, 2020
VMware, VMware vSAN, and vSphere are registered trademarks or trademarks of VMware, Inc. and its subsidiaries in the United States and other jurisdictions. All third-party marks are property of their respective owners

PCI Express and PCIe are registered trademarks of PCI-SIG.

All other company names, product names and service names may be trademarks of their respective companies. 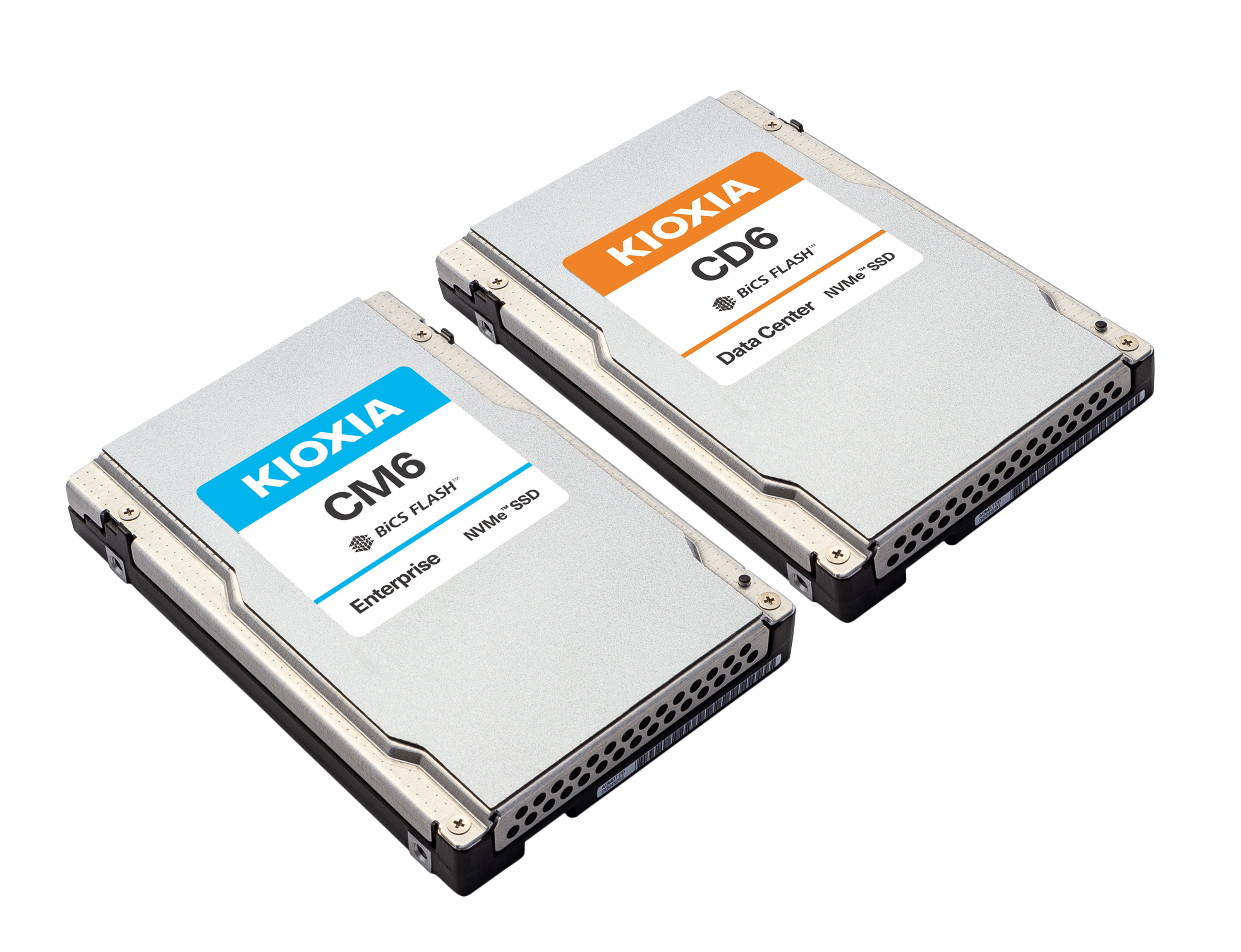